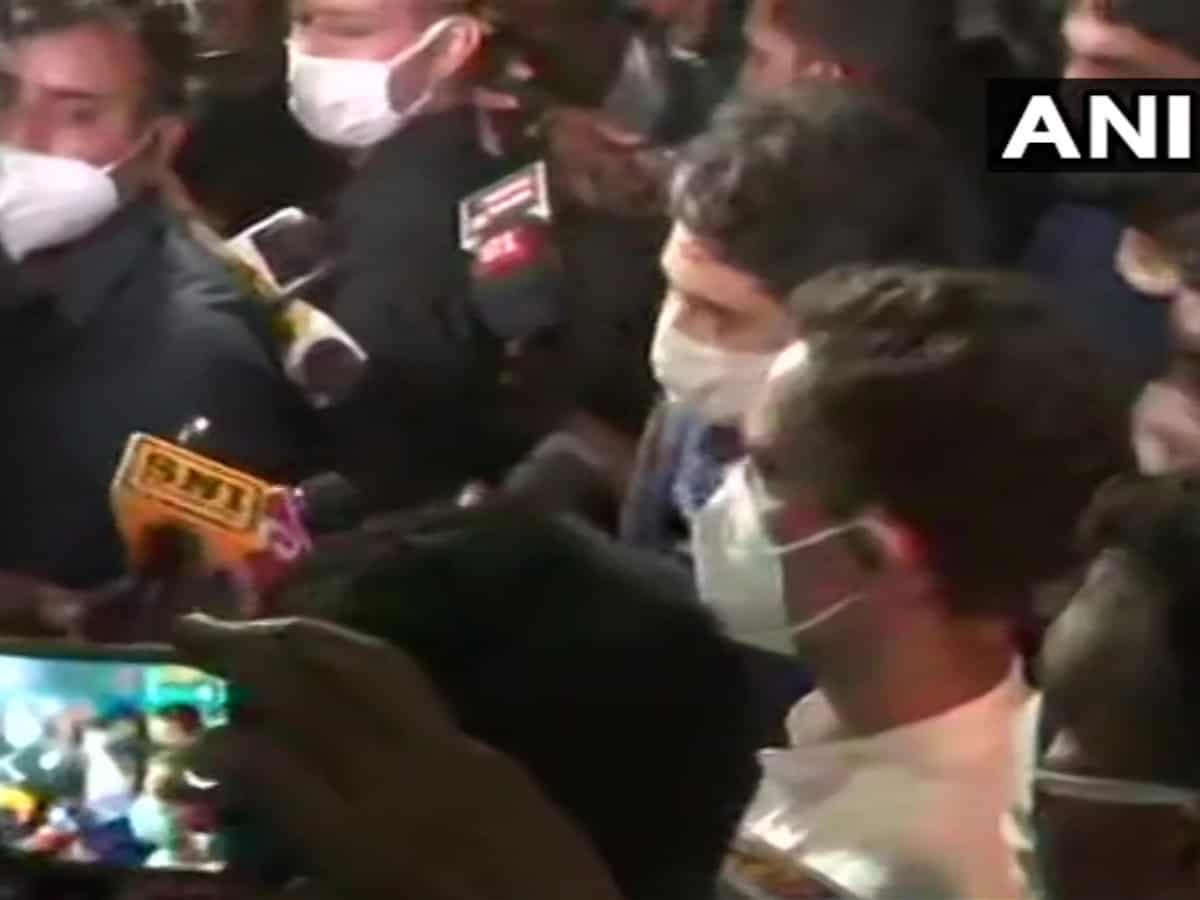 Lucknow: Congress leaders Rahul Gandhi and Priyanka Gandhi Vadra on Saturday evening met the family of the Dalit woman who died after alleged gangrape this week, triggering a nationwide outrage.

Uttar Pradesh authorities had scuttled an earlier attempt by the two leaders to travel to Hathras, detaining them and several party workers in Greater Noida outside Delhi on Thursday.

On Saturday, the Congress staged another demonstration at the Delhi-Noida border, where Congress workers scuffled with police and were allegedly lathi-charged.

When a delegation of Congress MPs and other leaders reached the barricades, the Noida police said they will allow only five party representatives to meet the family at their village in Hathras, about 150 km away.

The 19-year-old woman was allegedly gang-raped on September 14 in an assault by four men that left her critically injured. She died at a Delhi hospital last Tuesday.

There was heavy security presence outside the family home.

Get the news updates on WhatsApp & Telegram by subscribing to our channels. For all the latest India updates, download our app Android and iOS.