People who attended the service have been notified about their exposure and received instructions from health officials to self-quarantine, the statement said. Officials are working to get testing for everyone who was in attendance.

The incident highlights the ongoing tug-of-war between some religious organizations and public officials as they work to slow the spread of the coronavirus. Some congregations around the country have continued to meet, despite stay-at-home orders — though some states had exempted religious gatherings.

“At this time, organizations that hold in-person services or gatherings are putting the health and safety of their congregations, the general public and our local ability to open up at great risk,” said Butte County Public Health Director Danette York, who implored everyone to do their part to adhere to mitigation efforts.

Gov. Gavin Newsom’s stay-at-home order prohibited gatherings of any size when it went into effect in March. While the state has started to lift some restrictions in a phased reopening, in-person religious gatherings remain prohibited until a later stage.

Butte County Public Health condemned the religious organization, which it did not name, saying its decision to open doors despite the governor’s order would cost health officials many hours and present a “financial burden” during the Covid-19 response.

“Moving too quickly through the reopening process can cause a major setback and could require us to revert back to more restrictive measures,” its statement said. “We implore everyone to follow the State order and our reopening plan to help combat the potential spread of Covid-19.”

Disagreements over whether religious groups should be allowed to meet amid the pandemic have led to several legal showdowns between religious leaders and public officials, who have expressed concerns that religious services could exacerbate the issue.

In one case in Sacramento County last month, 71 people connected to a single church were later infected with the coronavirus. 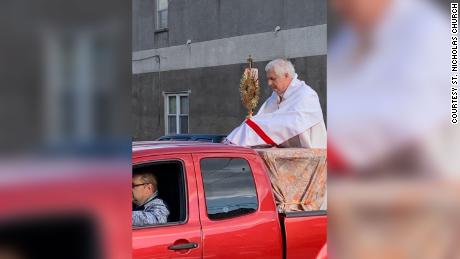 Three pastors and a church member sued Newsom and other officials claiming their orders were an abuse of power and deprived Californians of “fundamental rights” guaranteed by the US and state constitutions, including freedom of religion.

North Carolina began easing restrictions under a three-phase reopening plan beginning May 8. In the first phase, gatherings are limited to 10 people, including indoor services. Guidance from Cooper’s office had said there would not be limits on outdoor worship services but attendees should follow social distancing as much as possible.

A hearing in the case is scheduled for May 29, but Cooper’s office said it would not appeal the decision. 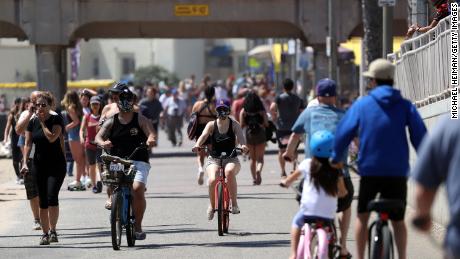 “We don’t want indoor meetings to become hotspots for the virus and our health experts continue to warn that large groups sitting together for long periods of time are much more likely to cause the spread of Covid-19,” Ford Porter, a spokesman for Cooper, said in a statement. “While our office disagrees with the decision, we will not appeal, but instead urge houses of worship and their leaders to voluntarily follow public health guidance to keep their members safe.”

Another US District Court judge this week denied Louisiana pastor Tony Spell’s request for a temporary restraining order that would have protected him from being arrested or fined for continuing to hold services.

Spell’s request was denied as Louisiana began lifting restrictions on religious organizations under phase one of its reopening plan, allowing them to resume services if they limited capacity to 25% — a step Spell told CNN he would not take.